Cobra Kai and a Lesson in Branding 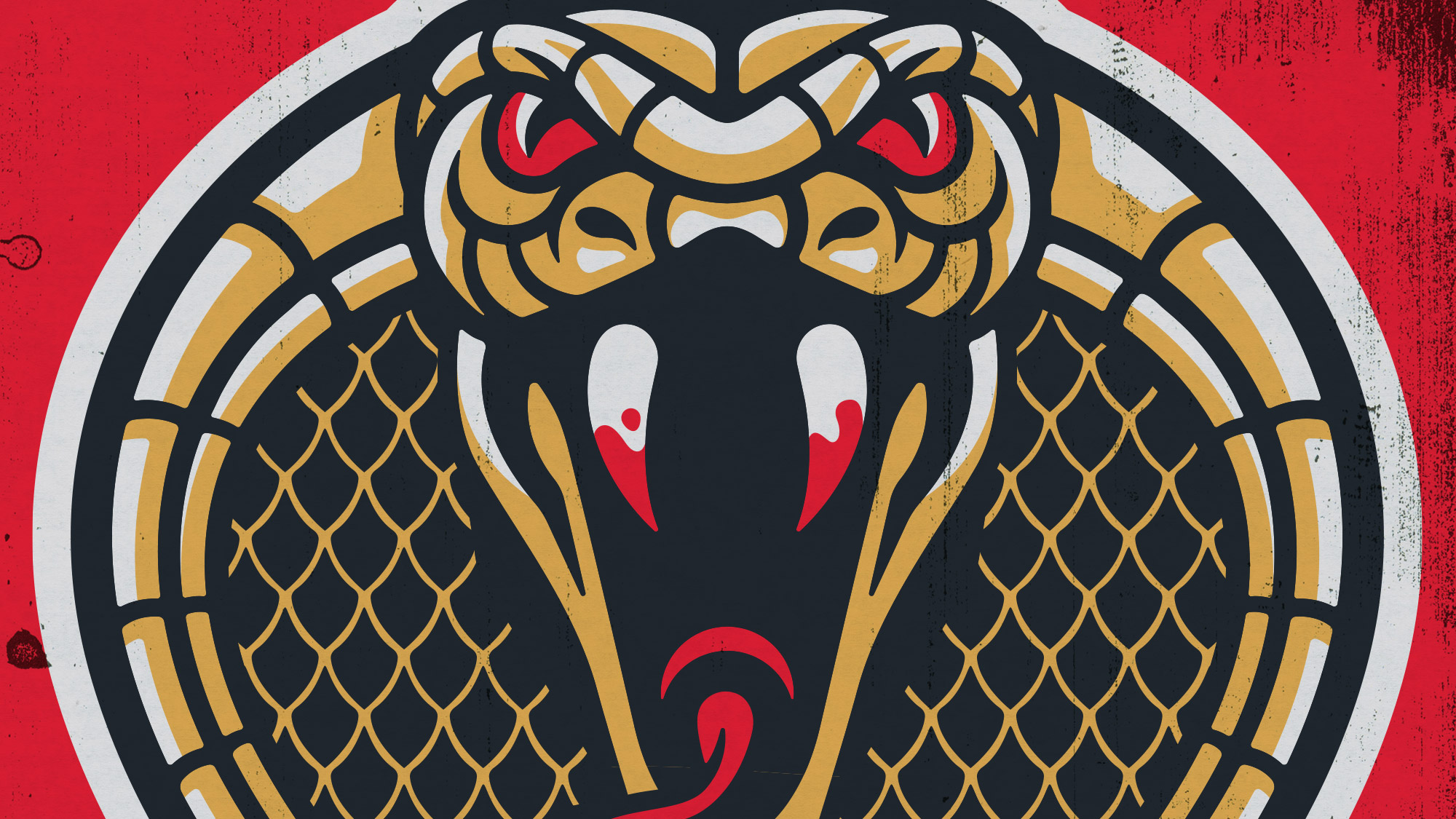 Though totally different creative mediums, I often find a lot of inspiration in movies and TV. What I find most inspiring is great writing and world-building. When you develop a brand, you aren't just whipping up a better logo, tagline or positioning, you are world-building. You are defining what can, cannot, should, and should not exist within the brand's "universe."
‍

As I write this, I have recently finished Better Call Saul, a MasterClass in writing and creative cinematography. I am now four episodes deep into Star Wars: Andor, a series that is showing us new and interesting tones and scenarios within a galaxy far, far away. I have binged (on the weekend it was released) Cobra Kai's latest season. Lot's of incredible examples of evolving and extending existing cinematic worlds...

If you haven't seen it, the show Cobra Kai on Netflix is SO. MUCH. FUN. As a concept, it should be a total dumpster fire. A reboot/continuation of the story of the classic Karate Kid movies from the 80s. Most franchises do this whole reboot thing as a cash grab and it majorly flops.

As a kid, in the 80s and early 90s, I watched Karate Kid 1-3 a lot. I can remember cracking up with my brother when Mr. Miyagi honked John Kreese's nose in an intense showdown. So, when Cobra Kai came out years ago on YouTube Red (then later picked up from Netflix) I had to check it out. I was instantly hooked.
‍

Why does this show work so well?! A lesson in personal branding.

THE SHOW IS 100% SELF AWARE. It knows it is a modern continuation of an 80s franchise with all its tropes and cheesy charm. Instead of washing all the campiness away, it leans into it. It can be cheesy on purpose. It doesn't try to take itself too seriously. It winks and nods to the fans who grew up with the OG movies yet provides a lot of great new characters and arcs for a new generation of fans. It has fan-service, but not arbitrarily placed. It fits the story. It simultaneously reveres and pokes fun at the 80s and acknowledges and owns some creatively questionable choices (by modern standards) made in the original films. It doesn't seek to erase them. The main villain (no-spoilers) in the latest season has an 80s bad guy pony tail and a sensei henchmen with spiked hair and a flippin' eye patch! It's gloriously and ridiculously 80s action-movie inspired and such a blast to watch... and the hair band-based score is icing on the cake. Overall, it is smart, fast paced, funny, dramatic and has tons of heart.

Learn to be self-aware and use it.

As a company or personal brand, you probably have your own versions of pony-tailed villains, eye-patched henchmen, "dated" musical tastes, camp and cheese. A lesser franchise reboot would wipe those quirks in favor of doing a new thing. Not Cobra Kai, it leans all the way into them. Lesser brands hide what makes them interesting. You don't have to. Don't try to guess what you think people want to see and change yourself to be that thing. Be self-aware and and use it.

Flip the script and raise the stakes

One of the more interesting new characters of the show is Eli/Hawk who has a few different arcs through the five seasons. But, his origin story is a bullied kid who suddenly finds a confidence (ultimately way too much) in karate and it takes him on some major highs and lows. When he gains the confidence, he refers to it as "flipping the script." Simply choosing to no longer be bullied.

The show also raises the stakes every season. In Season 1, things are relatively mild and are setting the stage. By Season 5, if it were real life, all the kids and their senseis should be in major legal trouble. Not that I am advocating breaking the law, but raising the stakes, evolving, getting bigger, badder and more impressive in your business.
‍

Another key element throughout the show is that it takes the teen bullies from the original three movies (Johnny Lawrence, Chozen, Mike Barnes) and shows a new perspective. In the 80s, those characters were very one-dimensional, bully antagonists. Cobra Kai shows how after 30 years they obviously grew into adults and don't remain bullies and even regret the mistakes of their youth. They are no longer one-dimensional. The show starts from the perspective of Johnny Lawrence (the original villain) and kind of paints Danial Larusso (The Karate Kid) as the antagonist. Again, it totally subverts expectations and looks at things from new angles.
‍

In your brand, you can be most effective when you flip the script. Be real by owning your successes and failures alike. Step up and be the brand you know you can be. You can be self-aware all while being confident, memorable and unexpected. You don't have to be one-dimensional in the products and services you offer. There is a lot of depth and story you can show and tell.

P.S. A little for funsies project...

I am so into the show and working on sharpening my illustrative skills, I did a little for fun project when Season 5 was released. Check it out!

let's take your brand from static to magnetic
GET STARTED →