We started working with Old Scratch by initially helping them with a collection of merch for the upcoming holiday season. That turned into a relationship of a lot of brand support and eventually refreshing their look and feel (that influenced future merch) and website. We designed and developed their online merch store and printed tagless system. These are some examples of the brand support and merch items we have produced for Old Scratch.

Dayton, OH Pizza icon, Old Scratch was teaming up with Dayton, OH beer icon, Warped Wing on a perfect beer to pair with pizza. A pizza pilsner called, OSPils. We went through sketched exploration paired with mood boards to concept ways of marrying the ideas of pizza and beer as well as nodding to the concept of flight central to Warped Wing and Dayton, OH in general. Some ideas got a little wacky using imagery like Icarus to merge the ideas of flight and classic Neapolitan pizza.

Based on the initial sketched ideas and mood boards, we landed on developing two concepts digitally. One had the feeling of a premium, craft, pizza beer. The other (and selected) used the visual language of a classic, vintage pizzeria. The design was applied to social media promo posts, stickers/labels, signage, and ultimately a can wrap that was used as a tap handle. 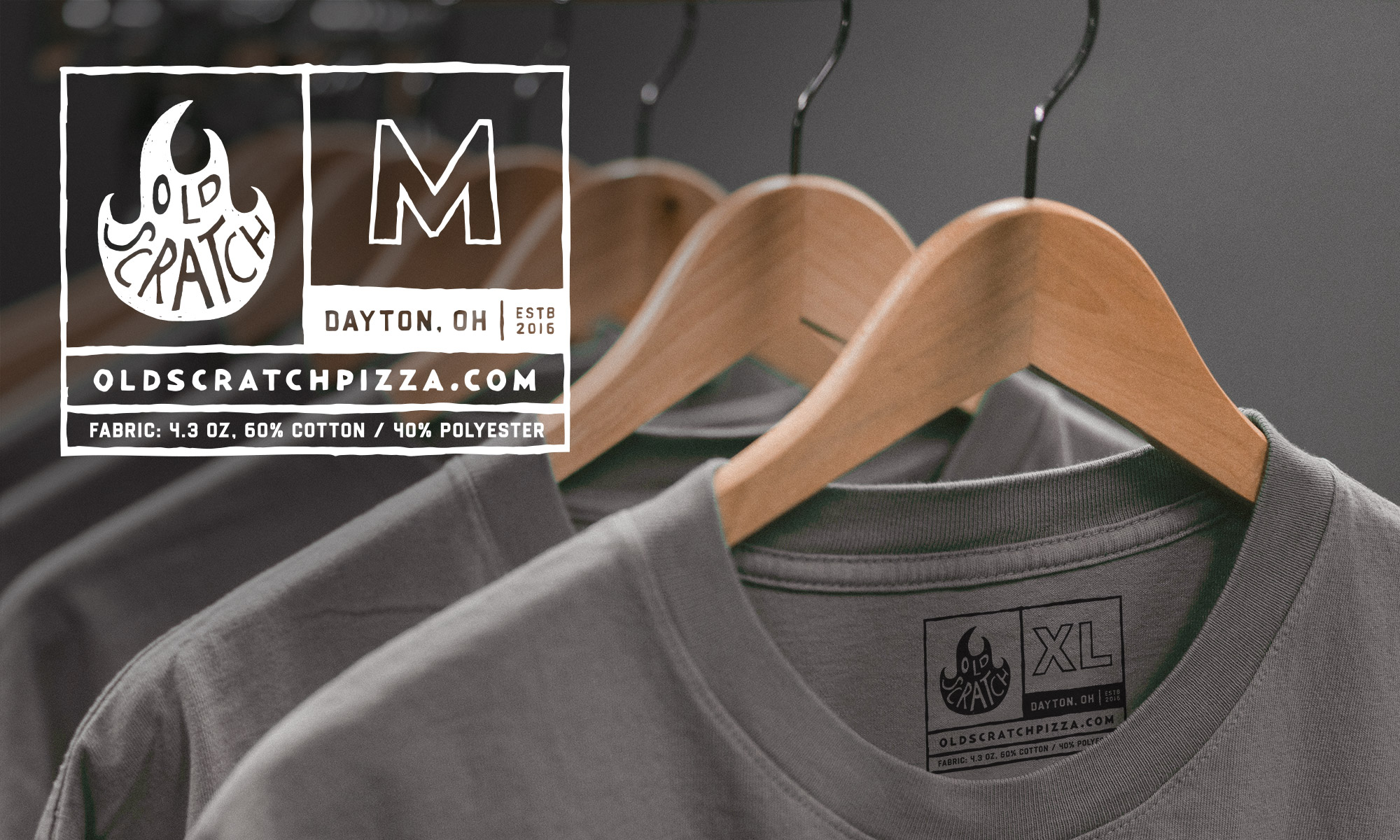 Sharpe Creative has helped Old Scratch with their merch line heading into each holiday season as well as various specialty merch items like stickers, pins, hats, shirts, etc. We also designed and built their online merch store. Buy some goods.‍

"Andy has really brought a tremendous amount of value to the brand. He has a great ability to understand who we are as a company, but also makes us look past where we currently are toward the future. He has become a real part of our team."